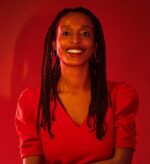 
Mumbi is an acclaimed theatre creator and director raised in Kenya and
Victoria, BC and based in Toronto. She recently won a Dora Award for her Outstanding Direction of The Brothers Size, which also won for Outstanding Production.

Mumbi is also the recipient of a Toronto Theatre Critics Award, an Artistic Director’s Award (Soulpepper), a Pauline McGibbon Award , a Mallory Gilbert Protege Award, a Harold Award, and has been twice nominated for the John Hirsch Directing Award. She is a graduate of Soulpepper Academy, York University and University of Toronto as well as Obsidian Theatre’s Mentor/Apprenticeship Program. 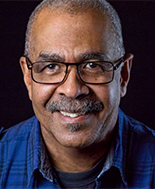 
Michael feels like he is coming home, having stage managed Obsidian’s first show, Djanet Sears’s ‘Adventures of a Black Girl in Search of God’ plus several other shows for Obsidian over the years. He now joins the company as our new General Manager. Prior to a career in stage management, Michael worked as an accountant and so he brings a strong financial background to the job. He is well versed in theatre from one end of the country to the other. Michael is looking forward to marrying the administrative and the production elements in the theatre community and all the challenges that they present. This is what Obsidian does best; we give our community the tools and craft to help people make those major career moves. 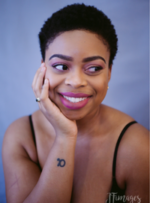 
Vanessa C Spence is a classically trained theatre performer, playwright, producer, and arts educator. She is a creative entrepreneur with over seven years of experience in the performance arts industry and social sectors with a specialization in marketing & communications. Vanessa is the artistic director of Virtu Arts (virtuarts.ca), an emerging theatre company that develops the work and artistry of African, Caribbean, and Black diasporic artists and creators in regions outside of Toronto.

At the root of her artistry, Vanessa seeks to inspire empathy and action by shedding light on the thought processes of folks in marginalized communities. Currently, Vanessa is developing her latest project, Stretch Marks, through an OAC creative residency with Pat The Dog Theatre Creation with her plays’ first workshop premiering at the IMPACT21 Festival.

Vanessa is feeling blessed and highly flavoured to begin this leg of her artistic journey as Obsidian’s Producer. 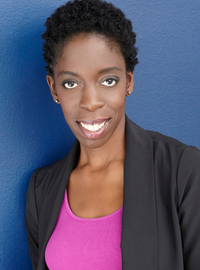 
Lisa Codrington is an actor and writer based in Toronto. She has been nominated for the Governor General’s Award for Drama and is a recipient of the K.M. Hunter Theater Award and the Carol Bolt Award for Playwrights. Selected writing credits include The Prescription – 21 Black Futures (Obsidian/CBC) The Adventures of the Black Girl in Her Search for God (Shaw Festival, Karamu House); Up the Garden Path (Obsidian Theatre); The Aftermath (Groundswell Festival, Femfest); The Colony – Opera to Go (Tapestry); Cast Iron (Nightwood Theatre & Obsidian Theatre). Currently, Lisa is developing two new plays and is playwright in residence at Why Not Theatre. 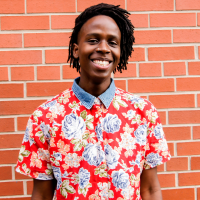 
daniel jelani ellis is a multidisciplinary artist raised in Jamaica by a village of theatre artists, poets, and educators. As a Black queer immigrant he is committed to celebrating those of us who live within the margins.

danjelani is the Artistic Programs Manager at Paprika Theatre Festival. He has been resident artist at BAND (Black Artists’ Network in Dialogue) Gallery and Cultural Centre, and is currently in residency at The Theatre Centre. He recently served as Dramaturg for b current Performing Arts AfriCanadian Playwrights Incubation Unit.

ellis lives in Tkaròn:to with plenty plants and Mosi the dog. Learn more about daniel here. 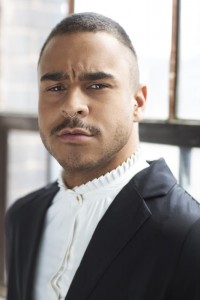 
Jay Northcott (They/Them) is a multidisciplinary artist; director, playwright, burlesque dancer, and producer. Jay works to decolonize their art and practice through storytelling, movement, gesture, and joy to create the fundamentals of their work.

They continue to grow and make it their mission to uplift projects that put BIPOC Queer artists in the spotlight. Their goals: to make you cry and laugh at the same time, they want to bleed, break, grind, make money, fight and blow some stuff up. Inspired by pop culture, lived experience, and finding truth. They work to develop techniques and experiment with aesthetics to answer the question: Why is theatre still relevant?