SUBMISSIONS ARE OPEN FOR OUR 21-22 PLAYWRIGHTS UNIT! For information on how to apply click here. Deadline to apply is July 19th 2021.

Obsidian Theatre has been developing new Black voices through our Playwrights Unit, our Development Series, and our Resident Playwrights for over 15 years.

Please note that due to the COVID-19 pandemic we will be changing our regular programming, including the cycle for our Playwrights Unit. We will not be accepting new submissions at this time. Stay tuned for more information regarding applications for the 2021-2022 season. 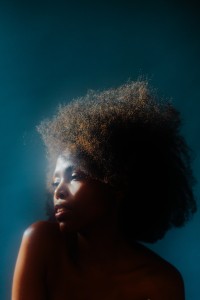 KayGeni is a creator and storyteller from the Bahamas. Her musical style is a melodic mixture of RnB, Neo-soul, and pop. Some of her artistic mediums include singing/songwriting, painting, and writing. She attributes her eclectic style within her work and artistic influences to her Bahamian and West Indian heritage. KayGeni has extensive experience as a live performer and creator, and she continues on the journey to making a name for herself in the Arts industry.

Leighton Alexander Williams is a stage and screen actor, writer, director and producer based in Toronto, Ontario. He’s a graduate of York University’s Acting Conservatory, and has spent the past 5 years creating bold thought-provoking work. He is a co-founder of BDB Productions Inc, and his recent adaptation: “Judas Noir” gained him his first Dora Nomination (Best Ensemble) and Toronto Critics Pick Nomination (Outstanding Supporting Performance). In addition, Leighton is the recipient of the 2019 Premier’s Emerging Artist of the Year Award.

Currently, you can watch the short film he wrote, and stars in: “Residue” which airs on CBC. UPCOMING: Leighton will be featured in the upcoming Netflix drama Spinning Out.