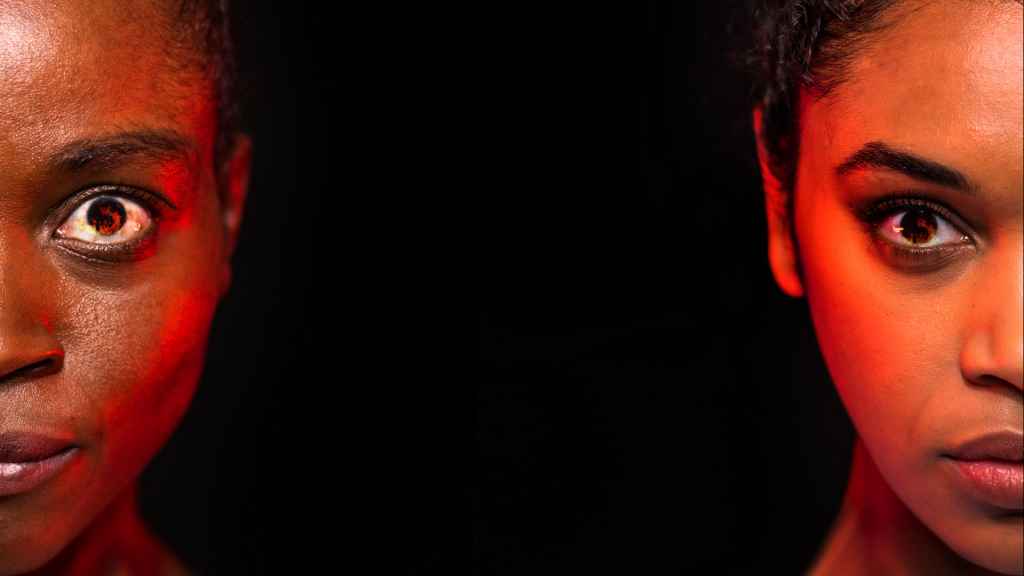 A co-production with Obsidian Theatre, Necessary Angel, and Canadian Stage.

In May, we bring you the live and in-person Canadian premiere of the genre-smashing award-winner IS GOD IS written by Aleshea Harris, to be directed by Obsidian’s Mumbi Tindyebwa Otu.  An explosive new contribution to the American cannon that premiered in 2018 to critical acclaim and multiple award-wins, IS GOD IS is a Tarantino-esque contemporary tragedy fusing the Spaghetti Western and Afropunk in a story of two sisters on a journey of righteous revenge.

“Aleshea Harris is a force of nature and one of the most exciting contemporary Black female playwrights right now. IS GOD IS challenges the narrative of who a Black heroine is and what they are allowed to do on stage. I find it really freeing in both its form and narrative. It is a bold theatrical adventure and an exciting way to dive back into live theatre.”  - Mumbi Tindyebwa Otu

This production will take place between May 3 – 22, 2022 at the Marilyn and Charles Baillie Theatre.

The Reviews Are In!!!

“Is God Is has the satisfying structure of an action movie”

“a ‘grab them by the throat’ play”

“If Jordan Peele was a theatre creator, Is God Is… would be right up his alley.”

- A View From The Box

“ancient, tragic, and insightfully modern all at once” 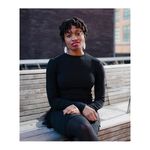 Playwright – Aleshea Harris is a playwright, spoken word poet and educator who received an MFA in Writing for Performance from California Institute of the Arts. She is currently working on projects commissioned by American Conservatory Theater and CalArts’ Center for New Performance. Her work as a playwright has been presented many places including: the Costume Shop at American Conservatory Theater, Playfest at Orlando Shakespeare Theater, freeFall Theatre Company, VOXfest at Dartmouth, the Edinburgh Fringe Festival, and L’École de la Comédie de Saint-Étienne, National Drama Center in France. Her play, Road Kill Giant, was among 300 nominees to The List of “excellent new plays” compiled by The Kilroys in 2014. Aleshea’s poetry has been featured at RedCat Theater for CalArts’s Tedx Conference, as part of La Fête du Livre at La Comèdie de Saint-Étienne, at the Skirball Center and in the 2015 anthology, The BreakBeat Poets: New American Poetry in the Age of Hip-Hop. Harris has instructed at the Marcia P. Hoffman Institute of Performing Arts, The Royal Theater Boys and Girls Club, Youth Arts Corps, and The Patel Conservatory. Harris currently teaches in the School of Theatre at CalArts, and through CalArts’ Community Arts Partnership (CAP). 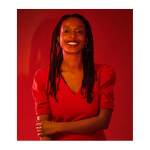 Director – Mumbi Tindyebwa Otu is an acclaimed theatre creator and director raised in Kenya and Victoria, BC and based in Toronto. She is the Artistic Director of Obsidian Theatre, Canada’s leading creator for Black Art as well as Founder/Artistic director for the experimental theatre company IFT (It’s A Freedom Thing Theatre) Theatre. Recent directing credits 21 Black Futures for Obsidian/CBC Arts, Trout Stanley (Factory Theatre), The Brothers Size, Ma Rainey’s Black Bottom (Soulpepper Theatre), and Oraltorio: A Theatrical Mixtape for Obsidian Theatre/Soulpepper. Mumbi is also the recipient of many awards including a Dora Award, a Toronto Theatre Critics Award, a Pauline McGibbon Award and a Mallory Gilbert Protege Award.