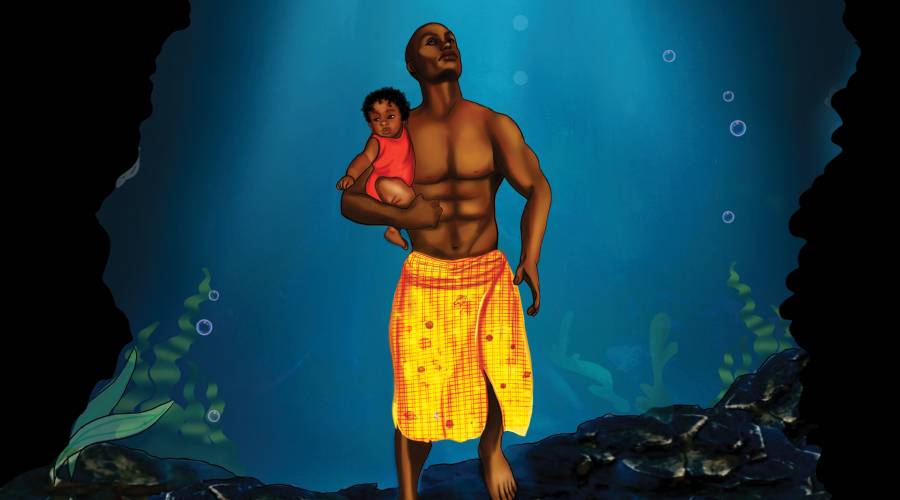 An Obsidian Theatre and Tapestry Opera co-production, co-presented by TO Live.

A father will do anything to save his daughter. Of the Sea follows the story of Maduka, his daughter Binyelum, and fellow Africans thrown overboard during the Middle Passage, who now populate mythical underwater kingdoms that span the ocean floor.

Amidst the waves, fiery plans for revenge are made, a parent is blinded by love for their child, and a fight against fate begins.

In the cold, murky waters, everyone dreams to see the sun again. 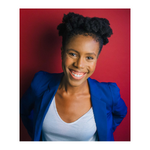 LIBRETTIST - Kanika Ambrose is a Toronto-based playwright,  librettist and screenwriter. She has been playwright-in-residence at Cahoots Theatre and Obsidian Theatre Company. Her play “our place” premieres at Theatre Passe Muraille in November 2022. As a playwright, her work has been presented at Toronto Fringe, Crow’s Theatre’s East End Performance CRAWL, Rhubarb Festival, Black Lives, Black Words, Rising Tides Showcase, SummerWorks Festival and Paprika Festival.

As a librettist, her work has been presented in Tapestry Opera’s “Tapestry Briefs,” Sparks and Wiry Cries’ “SongSLAM”, and Curtis Institute of Music (Philadelphia) where her piece, “Anansi and the Great Light,” created with composer Nick diBerardino and the students at Girard College, premiered.

Kanika is a graduate of Toronto Metropolitan Unitversity’sTheatre School and is Associate Artistic Director of Necessary Angel Theatre Company. She is currently in Canadian Film School’s Bell Media Primetime TV Program and was featured as one of Cahoots Theatre Company’s 30 for 30 theatre makers for their 30th anniversary season. 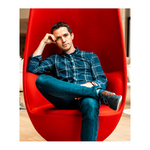 COMPOSER -  Ian Cusson is a composer of Métis and French Canadian descent. His work explores Canadian Indigenous experience including the history of the Métis people, the hybridity of mixed-racial identity, and the intersection of Western and Indigenous cultures. He has studied with Jake Heggie, Samuel Dolin, James Anagnoson and Johannes Debus. Ian is an inaugural Carrefour Composer in Residence with the National Arts Centre Orchestra for 2017-2019 and is an Associate Composer of the Canadian Music Centre and a member of the Canadian League of Composers. He lives in Oakville with his wife and four children. 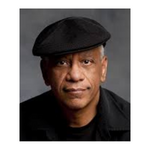 DIRECTOR - Philip Akin is an award-winning cultural leader and has been acting and directing for 46 years. He is a founding member of Obsidian Theatre, Canada’s leading Black theatre company, and has served as its Artistic Director from 2006 to 2020.

Philip Akin has been the recipient of the Silver Ticket Award, the Mallory Gilbert Leadership Award, the Playwrights Guild of Canada Bra d’Or Award, the William Kilbourn Award, the Herbert Whittaker/CTCA Award for Distinguished Contribution to Canadian Theatre, the Premier’s Award for Excellence in the Arts, as well as the Life Membership Award from Canadian Actors’ Equity Association.

He is currently the vice-president of the board for Canadian Contemporary Dance Theatre (2009 to present) and a director on the boards of the Koffler Centre of the Arts, Against the Grain Theatre and the Shaw Festival. 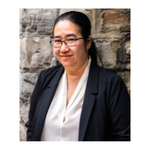 CONDUCTOR - JENNIFER TUNG is the Artistic director of Toronto City Opera and assistant conductor of the Mississauga Symphony Orchestra, Chinese-Canadian conductor Jennifer Tung leads a uniquely versatile career as music director and pianist. In 2020/21, she joined Tapestry Opera as a conducting fellow in the inaugural year of the Women in Musical Leadership program, in partnership with Toronto Symphony Orchestra and Pacific Opera Victoria. As part of her time within the program, Jennifer served as assistant conductor for the world premiere of Brian Current’s Gould’s Wall for Tapestry Opera, and a brand new production of Orfeo ed Euridice by Vancouver Opera in collaboration with Ne Sans.